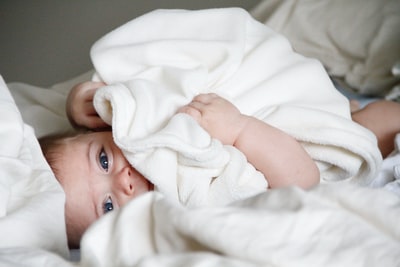 We all love listening to some sort of music, be it jazz or contemporary mixed with western classical as well. But are you aware that there is classical baby music as well? It might be hard to believe but classical music helps in soothing babies for giving them good and deep sleep. There have been so many classical music for babies made over time. Some of the best music for kids and babies are listed as under:

Prokofiev – Peter And The Wolf

Prokofiev’s symphonic fairy tales have been the talk of the town for so many years with narration selling in the business. Peter and the Wolf is one of the best classical baby music from the symphonic tales. Each character has been represented by using an instrument. Oboe is the duck, grandfather the bassoon, the flute is the bird and three horns are the wolf. Before starting the performance, the instruments are shown to the kids helping them understand the sound of each instrument for understanding the story.

The Swan Lake By Tchaikovsky

This sound is pure blessing to the ears and simply so musical. Its played in a ballet telling the story of Prince Siegfried and his doomed loved for Prince Odette who was turned into a swan by the evil forces of Baron Von Rothbart. The spell will be broken forever if someone who has never fallen in love before swears an oath of undying love and promises for marrying her. In the Ballet, the prince swears to Princess Odette for staying loyal forever but doesn’t have a sweet ending.

Mozart is incredible and its uplifting music is soulful to young and old alike. Its lyrical song titled Eine Kleine Nachtmusik is one of the best from his collection of music. Its melodious melody strings are perfectly accorded providing some blissful music every time you hear him. Kids love it whenever they hear his songs.

The wonderful memories of Tchaikovsky’s ballets are known all over the world with his playing some of the best music of his times that were eternal. The Nutcracker remains still his favorite player during Christmas and loved by children and their families alike. The music is soft making you feel amazing the moment you listen to it.

A Minor is hardly played in grandiose terms but with Bagatelle No 25 of Beethoven everything changes forever. That song is lovingly called Fur Elise. It is a piano lyrical, sweet and short with beautiful lyrics soothing to ears. If there is any music that can make kids practice the piano, it is this beautiful song by Beethoven.

There is so much classical music for kids worldwide. Pick up the one that you want your kids to listen to. Make your kids love music as you have ever done!