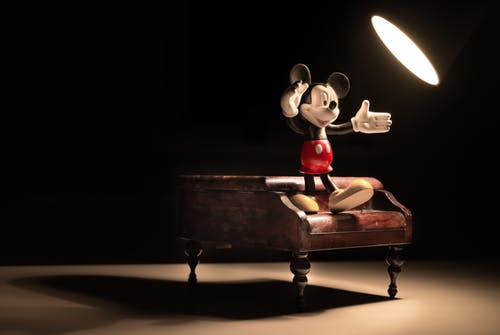 We all know that Disney movies were blessed with fabulous soundtracks and beats. Apart from adults, kids also fell in love with such musical tunes and beats. Later, Disney lullabies were also introduced, which became the childhood favorite of newborn babies. Such lullabies are a great choice when you are putting your anxious kids to sleep. They even feature some soothing tunes and melodies. So, are you finding the best Disney lullabies collection? You are at the right place because the upcoming list features the best Disney lullabies for your newborn babies and toddlers. Check out the list comprising lullabies and don’t forget to pick your favorite ones.

When You Wish Upon A Star (Best Disney Lullabies)

The first comes in our list ‘When you wish upon a star.’ Yes, you might be familiar with this famous soundtrack of Disney series. This is one of the oldest soundtracks of Disney series. Whether you know the words of this soundtrack or not, but your newborn baby will surely love it. This soundtrack is the iconic song of the eye-catching Disney logo which features before the start of the movie. You can even make this soundtrack as a part of your kid’s lullaby collection. You’ll realize that your kids love this track because it features sweet melodies.

Once Upon A Dream–Sleeping Beauty

We cannot forget this lullaby, because every kid and adult is familiar with this track. The ‘Once upon a dream’ track is quite popular and even known as the sleeping beauty music. Mostly the girl child loves it because this song makes them feel like Elsa-Disney Queen. Finding this Dinsey lullaby is quite easy because it’s available on Youtube and even at various music platforms. It’s the oldest lullaby which is most loved and played by the females. Don’t forget to download this track if you are blessed with a baby girl.

The next comes in our list is ‘Kiss the Girl’ which features soothing melodious rhythm. This soundtrack is even modified and utilized in the latest romantic songs. The Carribean tones of this soundtrack make it the perfect bedtime lullaby for your kids. It is for sure that while listening to this song, you’ll start cuddling or kissing your kid. Such lullabies are also helpful to strengthen the parent-child bond. You also get some moments to release your stress and spend some quality time with your kid.

Beauty And The Beast

The last comes in our list, which is the favorite childhood lullaby of every kid. Especially, the females love this soundtrack because it features slow yet soothing tunes. We all want to wear that Belle’s dress which was featured in this soundtrack. Your little princess will undoubtedly love this lullaby when she is tired or sick.

This is the best and updated Disney lullaby collection which is enough to make your kids fall asleep.