Effects of Playing Calming Music for Baby in Womb 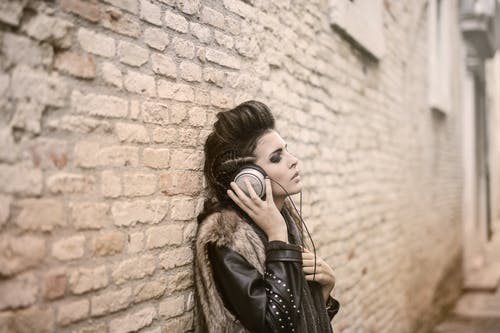 Listening to music while pregnant has many benefits for the developing fetus and also encourages mother and baby’s prenatal bonding. Prenatal music stimulation takes place when you expose your unborn baby to music whilst still in the womb. However you wish to introduce baby to music, an ever-increasing body of scientific research is beginning to show the benefits of playing music in the womb, for both mother and baby alike.

Music in the womb

The womb is a relatively quiet place registering around 50 – 60dB. A normal conversation registers about 60dB. The foetus develops ears in the third week of gestation but they don’t become functional until week 16. While we know the foetus can actively listen by week 24, ultrasounds reveal that the foetus can hear and in turn respond to sound at week 16.

Benefits of listening to music when pregnant

High stress levels in expectant mothers can have negative effects on fetal development. Music and singing has a soothing effect on the expecting mother and the unborn baby alike and contributes to a healthy and happy baby later in life. Choose any kind of music you like – anything from a Beethoven classic to singing lullabies.

Music is also an important part of prenatal bonding. Listening to a relaxing song or singing lullabies sends calming chemicals throughout the body and into the placenta, facilitating bonding and relaxation.

Listening to all kinds of music encourages early brain development in the fetus because music facilitates neuron connections in the brain. Listening and experiencing music stimulates the fetus’ brain and assists with the growth of brain structures.

New studies even suggest that babies remember music they listened to in the womb for up to four months after being born! So, listening to music while you’re pregnant is definitely a good idea, for both mom and baby.

Important Tips for Playing Music in the Womb:

Don’t play too much music – No need to go overboard with the discovery that music encourages development in your unborn baby by constantly playing music to your baby all through your pregnancy. Listen to music for your own pleasure and not for the purpose of assisting in your baby’s development.

Don’t forget to sing too – The sound of the mother’s voice is incredibly soothing to the baby and assists with developing a bond before the baby is born.

When should I start playing music for my baby in the womb?

Developing babies likely start hearing sounds in the second trimester, but they really begin to respond to various noises during the final trimester. Mom’s voice, in particular, is conducted through her own body.

Does listening to music in the womb make babies smarter?